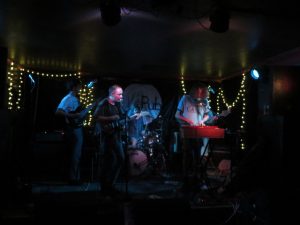 Before the show the nervous excitement was palpable in a sold out Fleece, the crowd was here to dance and dance they would. I have always loved the sound of two drummers, it allows one […]

The first time we saw JC was by Arbiter’s recommendation, the gig took place in the basement of Cafe Kino on Gloucester Road in Bristol. A trendy vegan eatery with a plethora of fine food […]

THE BEAST FROM THE EAST DEFEAT!